The Florida legislature passed legislation last year, allowing the growing and use of medical marijuana; however, before anything concrete could be accomplished, the Florida Department of Health’s efforts to write regulations bogged down in legal challenges from growers, court rulings and bureaucracy.  The main problem was with the Florida Growers’ Association.  The Department of Health was stymied.  How could they choose which growers would be granted the 5 licenses?  So, the case went to court, but the court threw out the parts of the new law associated with choosing the beneficiaries of the licenses. 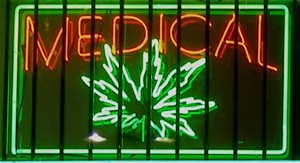 The Orlando Sentinel published an article on Jan. 19th by Scott Powers entitled,

Now, this is self-explanatory, isn’t it?  You don’t have to dig deep to understand what is going on.  But, I’ll give you just a “smattering:”

So, the Department of Health decided to form a committee which would decide on rules to which growers would have to adhere.  Sounds simple.  But, there is a catch 22 with this committee formation.  You can see it now, right?

After the court decision, a 12-member panel was formed, which includes Winter Garden nurseryman Bruce Knox and at least eight others in position to make money from the law.  I can see it now:  hands rubbing together and smiles of glee while thinking of all THE MONEY that will be handed to them.

The committee will convene in Tallahassee on Feb. 4-5 in order to create rules replacing those thrown out in December by Administrative Law Judge W. David Watkins of Tallahassee.

At least 9 of the panelists represent Florida growers and other companies that could get involved in the budding Florida legal cannabis industry. 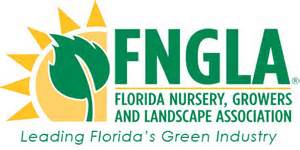 “I think the [D]epartment [of Health] has been very thoughtful and mindful to try to create a group that stands the best chance of creating the regulatory framework that is going to make it successful,” said Knox, whose nursery, founded in 1962, annually produces about 125 million plants, mostly seedlings for wholesale growers.”

A committee seat went to a Colorado grower, Joel Stanley, whose company created the most well-known brand of cannabis oil called “Charlotte’s Web.”  It is believed that Stanley’s brand will probably have a great influence on the Florida marijuana crops.  So, Colorado growers are going to profit, too.  Why not join the crowd.  Share in the spectacular “crop” of money, as long as they are at it.

A botanist, Darrin Potter is on the committee, as well as Jill Lamoureux, a lobbyist for CannLabs, a product testing firm in Colorado.  The crowd is growing.

Holley Moseley, whose daughter RayAnn suffers dozens of seizures a day, was appointed as the patient advocate representative. She helped found Realm of Caring Florida, a Sunshine State franchise of Stanley’s company, Realm of Caring.

Here are some subscriber comments to the Orlando Sentinel article:

“It seems the industry will be defined by the foxes in the henhouse. An example would be nursery owners on the committee setting a soil test standard that matches the conditions of their soils, but not competitors’. It may not have any benefit to medical users, or might reduce effectiveness, but it solidifies the control of the committee members to ensure they get the business, rather than other vendors. NO vendors or providers should have voting positions on the committee. The result will be rules that benefit certain providers and not necessarily result in the most effective medicine.”

“Yes, it’s a sin against democracy to have interested businesses write the rules that will allow them to profit, but the Legislature set it up like that. Five dispensaries for a population of 19.5 Million people; I have never heard of a more absurd scheme. If you estimate from Census data that about 10% of the total population may benefit medically (elders at 5%, disabled at 5%, low estimates), that’s almost 2 Million who would be using the services. So, each nursery will serve 400,000, roughly. If they were open 365 days, that would mean serving 1,096 customers a day. Is that feasible? Not for patients, maybe for the businesses that will be hitting the jackpot. That’s not “compassionate”, it’s monopoly, but it is taking forever and the people who are suffering pay the biggest price. That’s the bigger sin.”

“The article sort of paints a picture of farmers wearing overalls. The Good Ole Boys hire the lowest cost workers to do their job for them because the state grant[s] them exclusive license. They aren’t farmers, they are bankers. They will not be able to produce medical grade cannabis with this absentee landlord plant. The only thing that will happen is that they will contract the growing out to people who can do it. With the cost of middlemen, granted as favors by politicians, the price will not be competitive and patients in Florida will have to wait until 2016 when our amendment passes.”

“If you liked the show Big Brother, then you are going to love this. Partnerships within this committee should begin soon.”

“Holley should bring her daughter to the meetings, just to keep the members focused on what the real issue is.”

“Greed is so ugly when you get to watch politicians legislate for the bucks.”

No one is getting fooled by the antics of the Legislature and its “committee.”