Wonderfully helpful. Thank you so much.

How to Get On 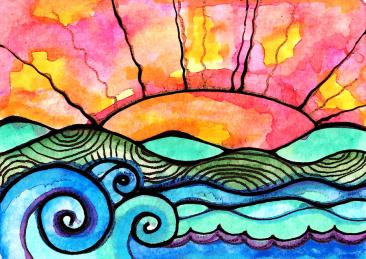 Seven stories from seven people who are super happy with their super cheap meds and lab tests. If these folks can do it, you can do it too!

🌺 “I’ve been so excited to share this with you all. I found the Healthwell Foundation through the vast mountain of resources on this website!

Once my application was complete, I was approved instantly and received my packet in the mail about 6 days later. My reimbursement is a little over $1,200 per year.

To apply, I had to put together various documents. It was a bit confusing but they are very helpful if you need to call for clarification. The whole process took me about three weeks.

Don’t let the low-income requirement scare you off. Try applying anyway! You may qualify. The income limit for a family of 3 is about $80,000. Thank you so much, from the bottom of…

To The Wildfire Of War

I also weep for our troups. The snake is slithering behind our backs and putting too many of our young people into harm’s way. You are right, chuq. It’s happening so quietly. There is not one word spoken about this problem on the media. Some more distractions to keep us ignorant of many of what is important.

Before I begin let me say….I know that these types of posts are not popular…I say that by the number of visitors that do NOT come to them.  But that matters not for I may be butting my head against a wall but I would hope that if one US soldier reads my posts they will see that there is at least one American that cares what happens to them.  Sad I am sure they are well aware that the country cares nothing about their plight….but they do have a friend in IST.

I see the modern day Nero is Tweeting (fiddle was replaced in the 21st century) while the world is burning….and war becomes the only answer to problems and situations.

Trump keeps adding US troops to the world’s conflicts……

Guest Star: Mitry the Once in a Lifetime Cat

Jo Ann’s story about Mitry is a real tear jerker. Mixed with Jo Ann’s description of his life with her – the devotion between them – makes for a beautiful love story. Thanks for this lovely story to start my day.

I think most people are not aware of the actions of our government that are occurring behind the scenes; namely, this time, opening up ALL of our private, sensitive information to major internet providers for the purpose of selling advertisements based on our internet habits.

A Little Something For Your Mind To Consider

Remember a couple of years ago all the hoopla about our internet privacy….we all joined one defense site or another…..once that slid from the headlines we found other crap to rant about….

Then there are all those Obama haters that have blamed him for everything short of World War One….but he did try to protect us on the internet….then we elected this dude named Trump and some thought that sanity would return to government….Hahahaha…..how foolish can we be?

The U.S. Senate on Thursday voted 50 to 48 to repeal regulations requiring internet service providers to do more to protect customers’ privacy than websites like Alphabet Inc’s Google or Facebook Inc .

Under the rules approved by the Federal Communications Commission in October under then-President Barack Obama, internet…

What Price The Wall?

WE all have heard the grand scheme to protect the homeland from the invasion of the “benefits” snatchers….that scheme would be that all impressive WALL.

The big question is where will we cough up the cash to pay for this monstrosity without raising taxes?  Or just how will this effect the security of the homeland?

According to the “fat man in the bathtub” this, the Wall, will go a long way to protecting the nation from the influx of those rabid bad guys waiting at the border to come flooding in to cause chaos and mayhem….

First, you mental midgets that think this is a good idea do realize that this country has water on 3 sides, right?

Personally, I think that the Wall is a dumb idea from the inception….great slogan but has little practical application.

ACLU ramping up for the future skirmishes 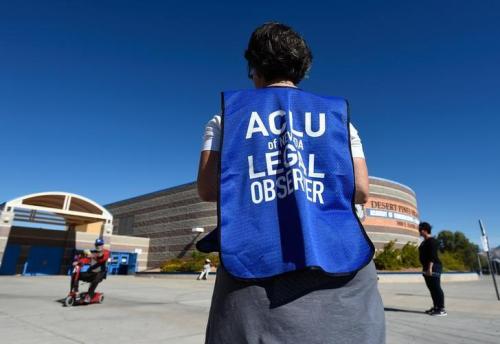 File photo: A member of the ACLU observes a polling station during voting in the 2016 presidential election at Desert Pines High School in Las Vegas, Nevada, U.S November 8, 2016. REUTERS/David Becker

The American Civil Liberties Union is launching what it bills as the first grassroots mobilization effort in its nearly 100-year history, as it seeks to harness a surge of energy among left-leaning activists since the November election of Republican Donald Trump as U.S. president.

The campaign, known as PeoplePower, kicks off on Saturday with a town hall-style event in Miami featuring “resistance training” that will be streamed live at more than 2,300 local gatherings nationwide.

Some great photos of lovable cats enjoying their new toys.

This 20th anniversary celebration of Hillary Johnson’s “Osler’s Web,” garnered dozens of media outlets’ coverage and comments by prominent people. Osler’s Web is Johnson’s documentary of the discovery of, and subsequent governmental treatment of, those terribly suffering patients with ME – myalgic encephalomyelitis, a multi-faceted symptom disease (also known as “chronic fatigue syndrome” (CFS) which is a misnomer and mistakenly gives the impression of a simple fatigue – which ME is not!). It is not an easy read but, to read it, will give you a real understanding about this greatly disabling disease and why it is so easily dismissed by those ignorant of, and unwilling to accept, its severity.

The following comment by a spokesman for the CDC (part of the NIH), government agency that is prominently mentioned in Osler’s Web), requires a looksee because it shows the historic illegal, harmful, negative and dismissive attitude of the CDC (Centers for Disease Control and Prevention} :

“Tom Skinner, a spokesman for the CDC, said his agency has gotten numerous inquiries about the allegations raised in Ms. Johnson’s book but is neither investigating them nor commenting on them. ‘We have not reviewed her book, and will not comment on her book and are not going to,’ Skinner said.”
— Dave Parks, Birmingham News

From the New York Times Book Review:  “Ms. Johnson’s book describes an important piece of recent medical history that might never have been recorded if it weren’t for her efforts.  Her carefully researched tale leaves us pondering the progress of medicine.”

Michael Kenney, Boston Globe:  “…a compelling, valuable story that takes the reader into the petty, back-stabbing world of high-stakes medical research… In Johnson’s hands, (the) cast of doctors and researchers, heroes and villains, takes on distinct personalities, and it is the interaction among them that moves the story unflaggingly along.”

Sam Husseini, In These Times:  “Ultimately, Osler’s Web tells the story not of one particular ailment and the havoc it wreaks on the human immune system, but rather the defects in our national immune system—the CDC and the NIH—which the world looks to for leadership.”

There are many more reviews at “Osler’s Web.”