One of my neighbors died last week, and I had made arrangements with my sister and brother-in-law to meet them at the widow’s house to pay a condolence call at 2 pm yesterday,.  I planned on taking my car, even though it was in walking distance, because my sister was going to accompany me on an errand afterwards.

As I walked around the back of my car to get to the driver side, something caught my eye.  I did the old “double take,” but this wasn’t a comedy.  This was serious.  The sticker on the upper right corner of my license plate showed, “05-14”!!  What?!? 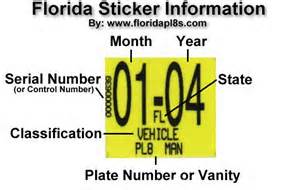 Sample of the STICKER.

I did a “triple take.”  Is there such a thing?  Yes.  I still couldn’t believe my eyes.  My birthday was May 28th, and here it was June 22nd.  I was sure I paid for the vehicle registration renewal, but now, I started doubting myself.  Could I have been so forgetful?  Don’t I get reminders in the mail?  Of course, I do.  But, maybe this year, I didn’t?  And if I did, did I go online to pay the fee?  And, if I did, and it came in the mail, did I misplace it?  All kinds of questioning thoughts were running through my head.

I ran into my office and got onto the Florida Highway and Motor Vehicle website.  I put in all the required info on the “go-renew” page, and it kept telling me that the info I was inputting was not recognized!  Ugh!  Maybe I’m too nervous, and I made a typo.  Tried again, got the same response.  I was starting to sweat.  What was happening?

I looked in my wallet – the registration from last year was there, but not a new one.  Great!

I was already a half hour late to meet sister at the widow’s house.  Called sister on her cell, and explained why I was late as best I could (and I probably wasn’t making too much sense because my words were getting all jumbled), and I’ll be there soon.  Had to go, so I drove the car there, anyway.

You’re probably thinking this ended up with a police car passing by and the officer noticing my expired license sticker.  But, it didn’t happen.  It would have been a proper ending to this story, but that’s not it.  Ha.

No.  After searching frantically all over the house later in the day, and not finding any clue as to where I might have placed the renewal, if I did indeed receive it, I gave up.  I had to calm down and THINK.  I’m at a stage in life where it is easy to forget things, so you will have to understand that it is possible I may get CONFUSED, folks!

Aha!  My mind was working again.  Why don’t I go into my bank account online and see if I PAID for the renewal?  Good idea, Carol.  Voila!  Found it!  Paid on April 6th!!  OK, now I know my mind is working – I did pay the fee. 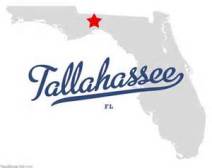 This morning, I got on the phone and called Tallahassee, FL.  After all, why not go to the source?

After spending over an hour waiting on hold, a lovely young voice asked me if she could help me.  After my explanation, she told me that yes, she has it on record I paid.  Well that’s good – it coincided with my records (which I printed out).  She told me she updated my records to show that the renewal was in force, so there wasn’t anything to worry about.  WORRY?  NAH!  But, I still don’t have something to prove my registration was current.  “Do you want me to mail it to you?  It will take up to 10 days to receive it in the mail.”   You can guess what my answer was.

So, I high-tailed it down to the county administration building, and after a full hour’s wait, finally got my renewal in hand along with the sticker to affix to my license plate.