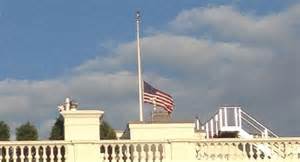 Our flag has been ordered to be at half mast by our president; also, flags should be lowered at all embassies around the world.

It has happened in many sections of our country and in so many cities around the globe.  Now, it has happened on my personal “turf.”  Florida is my home state and became that from the moment I drove over the border from Georgia.

I take this personally.  Two and a half hours away, but close enough. 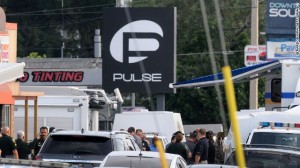 And we have the “distinction” of having the worst shooting massacre in the U. S.  A pall is settling over us, but Orlandoans and the surrounding communities are pulling together.  1500 donors lined up to donate blood, heroic actions by the Orlando PD, SWAT teams, patrons of the night club who were not injured, helping as they could:  carrying friends, supporting those who could walk. 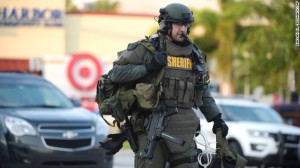 At first, it was 20 estimated dead.  The final count was devastating:  50.  And more than 50 injured; some, critically. 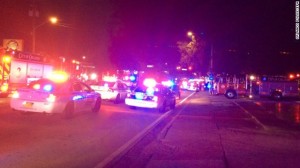 Websites have been set up already, at 3:00 pm, to list the names of people who lost their lives, and those who are being attended at area hospitals.  Also, very soon after this tragedy, organizations and neighbors started collecting donations to help the families of those people who were shot.

Swift work by the courageous Orlando PD prevented more deaths, for sure.  The Orlando community has come together quickly and with great determination, to show our nation and the world, that life will continue as before in the face of the lone wolf’s determination to kill.  The terrorist died in a hail of bullets exchanged with the Orlando PD.

This cretin was authorized and licensed to buy guns.  He worked for a security firm as a security officer for hire for 9 years!  He didn’t have to go through a full background check.  I hope we will have some scrutiny by government officials, to know why this was allowed, and to stop the exemption of security companies employees to full background checks when purchasing any type of gun.  He bought most of the guns he had on his person, within the last 2 weeks. 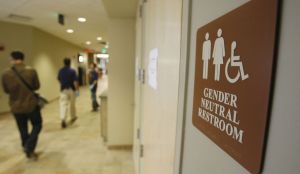 I am getting so tired of the media’s fixation on the states that have passed the “bathroom” laws.  Sure, there’s good reason for that:  Discrimination is yet again raising its ugly head into the fabric of American society.  Laws, pushed through by prejudicial politicians in the name of their “religious beliefs,” and “protection of our children,” are causing havoc in many sections of our citizenry.

The only thing media can do is report; they cannot out-rightly take sides – not if they want to keep their jobs and avoid lawsuits.

“A majority of Americans in a new poll say they oppose President Obama’s order telling schools to allow transgender students to use the bathroom corresponding with their gender identity, rather than biological sex, according to the Washington Times.”

Yesterday morning, I heard there are 11 states that are suing Pres. Obama because of his order telling schools to allow transgender students to use the bathroom corresponding with their gender identity, rather than biological sex.

“Americans overwhelmingly believe the federal government should not be involved in regulating school bathroom access, with just 24 percent supporting regulations issued from Washington. Another 25 percent said the matter is best left to state governments, while a plurality, 41 percent, said it’s a matter best left to the local government.”

I believe President Obama is wrong.  He should butt-out.  The Obama administration should not have became involved in the issue IMHO.

The Federal government can, and I hope will, withhold aid to public schools in the states whose legislatures believe it is right to restrict bathroom use in schools to students who are transgender.  These states have gone back to Victorian beliefs.

The politicians in the legislatures are afraid their children and grandchildren will become the victims of predators.  This is a stupid reason and just an excuse,  which is evident to people with intelligence.

There’s one good thing that I can see coming out of this ridiculous situation:  The states in which these idiotic laws were passed, should be hiring monitors to sit by the bathroom entrances and check the students’ birth certificates and make sure they are of the “correct” sex, upon examination.  There will be an increase in the jobs reports.

And there will be an increase in requests for certified birth certificates, I suppose.  The county and/or state offices will be inundated and they will have to hire more people to take care of the need ASAP.   After all, the students will have to use the bathrooms at some point during the day.