I Love When Rusty Poses

Originally posted on Pussy Cats 3:
I walked into the patio a few days ago, and there was Rusty staring right at me!  I love when he has his paws turned down like that.  I quickly turned around and went for…

Originally posted on Pussy Cats 3:
The patio is very sunny, since it faces south.  Patches is the only one of the three who likes to sunbathe, and the patio is perfect. She’s feeling good right now, “soaking up” those UV…

…this is a houseboat in Iceland? 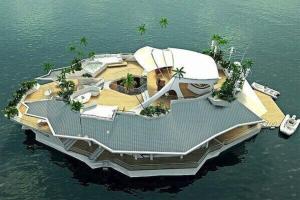 I occasionally visit with a young (approximately 40) married woman who works hard, gives her family all the love she can muster and show them, and with determination and focus, keeping her family together.  She practices her chosen profession part time.  Two exceptional teenage girls, two adorable dogs and a needy (her word) husband complete the family.  We’ve known each other for approximately 16 years.

We’ve had many conversations about life, love, children, the trials and tribulations of young motherhood, loss of loved ones, and getting older, to name a few topics.

Yesterday, the topics were hormones, maturity, marriage and frustrations of daily living.  A seemingly incongruous combination.  Or is it?  I will call her Ellen for the purpose of this post.

It all began when, as usual, in her caring voice, Ellen asked me how I was.  That’s all the impetus needed to get me started.  I began by telling her I was feeling very good for a senior citizen – no complaints – good health.  I have interests and social friends that keep me busy and intellectually engaged.  I continued by saying, “I’m satisfied with my life the way it is now – I wouldn’t say I’m happy all of the time – happiness is a fleeting thing – emotions come and go – ups and downs – it’s impossible to feel happy all the time.”  This seemed to have hit a nerve with her.

Ellen unburdened herself to me.  Her life was in a state of flux:  Her girls were the most important part of her life, and she expends so much love, time and energy to make sure they are receiving the best start in life she and her husband could give them; all the while planning for their further education.  There is a “however.”  She feels her life is missing things that would make her happy – she wants more than “satisfied.”

Ellen believes she has three children, not two.  Husband is the third.  Not to say that he doesn’t work hard and has assumed a tremendous responsibility in supporting his family; he works long hours and expends much energy in his work.  However, there is a disconnect.  He is not the partner she would prefer – he is not really a partner in the marriage – she feels like she is carrying the whole marriage on her shoulders and there isn’t that total dependency she would like to have with him.  Dependency for emotional support and dependency for being able to rely on him as a full partner in the relationship – which she believes he isn’t.  He is distant and absorbed in his own thoughts.

I suggested counseling.  They did have some, years ago, when there was some problems (probably same ones she is talking about).

I suggested having a “date night” once a week or every two weeks, to get “back on track.”  Ellen didn’t have a positive attitude about that, and gave me a response that she didn’t think it would help.

I suggested that hormones could be helping to make her feel less satisfied with her life as it is now.  She was at a time when menopause comes into the picture.

Ellen was clearly despondent about her situation.  She would love to be “fulfilled.”  She would like to work more hours, now that the girls are not babies, and she believes she can depend upon them to be responsible for a short time alone at home.

After leaving Ellen and on my way home, I was shaking my head mentally.  She sounded like me when I was in the throes of the demands upon me when my children were young.  Unlike her, though, and luckily for me, I had a husband who was a true partner in the relationship.  I could depend upon him for anything – emotionally, physically, intellectually; he was supportive in all ways.

I will be visiting Ellen again within a couple of weeks, and I hope she will be feeling better.  We all suffer lows – as mentioned above – life is a succession of highs and lows.  We do not stagnate, for sure, and if anyone says they’re happy all the time, they’re full of crap.  Just my opinion.

It was years ago that I used to travel to Orlando FL with my daughter, granddaughter, and sister to feel like a kid again.

No matter what your age, when you’re at that magical place, you let go of all your inhibitions, do lots of smiling and laughing, (and walking for many miles) and enjoy every minute.  I recommend it very highly.

We were lucky enough, one night, to have a good viewing spot to watch some fireworks (which are a nightly extravaganza), and here are some photo results: 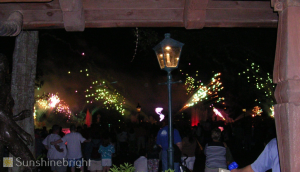 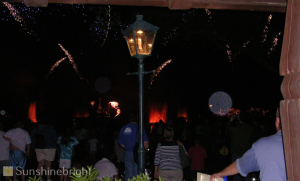 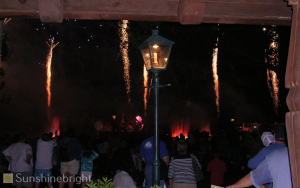 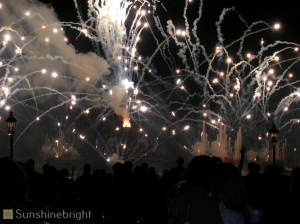 Here is another photo, showing the entrance. 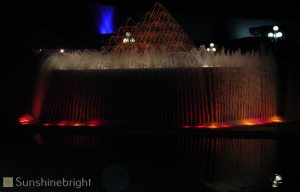 The lion in this video has finally been let out of his cage. Watch his reaction.

I was brought to tears, watching this old circus lion frolicking in his first taste of freedom from his cage.  He is ecstatic.  It’s the first time he has experienced grass and other objects on the ground.  He enjoyed this new life in the sanctuary for five years before he died of old age.

via 21 Suggestions for Success By H. Jackson Brown, Jr..

Posted in Success in life

What Could Be More Uplifting Than A Happy Baby? 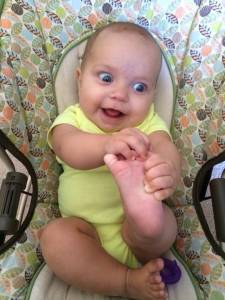 Let the Sun Shine Through! 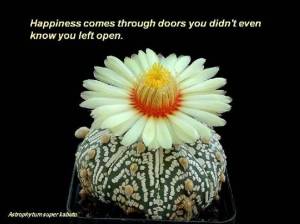 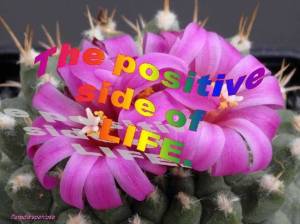 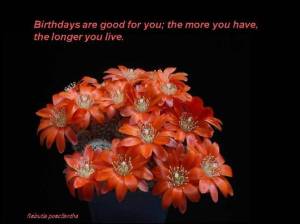 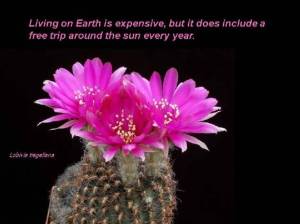 A Negative Turned Into A Positive

Had a 2:15 appointment at a dental office today.  Was almost there, when my phone rang and was told that my dental appliance didn’t arrive yet and the office wanted to push my appointment back to 3:30, when they were expecting that the delivery would be made.  I was so annoyed, that I hung up on the girl, after yelling at her that I should have been notified before I left home for the appointment.

This office isn’t around the corner from where I live.  The round trip is almost 25 miles.  So, I made a “u-ey” and went back home.

Mulled over what happened and called the office.  Told the girl I won’t make another appointment until the dentist calls me as soon as he can.  He did call in the early evening and stated that they still didn’t get the delivery.  He was very apologetic, and due to my inconveniences, he said I will have a nice reduction in my bill and get a free teeth bleaching!

I’ll take a 25-mile ride again for that kind of consideration.